It Must Be the World’s Largest Water Fight… Slip Into the New Year With Songkran Festival

Everybody knows the New Year drill – the same songs reverberate through the walls at a friend’s house party, finger food festers on the side as an abundance of alcohol takes priority while attention soon turns to the television for an official countdown courtesy of Big Ben, prior to a customary splashing of luminous fireworks to round off the celebrations for another year. It’s a well oiled machine used by the majority, a fool-proof regime that rarely digresses. However, Songkran Festival is an event that goes against the grain, offering revellers the opportunity to celebrate in buoyant surroundings that deviate from the typical form of jubilation.

Like many countries throughout the globe, Thailand celebrate New Year, though the Thai celebrations commence four months later in April, with the unique tradition, Songkran. Though this is a Thai tradition, the magic of Songkran is embraced by many, given the excessive party atmosphere and positive vibe.

The celebration of Songkran takes place in the streets of Thailand and is essentially a monumental water fight; a far cry from the Baltic garden parties taking place in England every December.

The mere mention of the celebration injects an immediate sense of excitement amongst Camp Thailand participants who have been fortunate enough to experience the event; due to the timing of the event, applicants who coincide their trip to Thailand with April will have the opportunity to don their waterproofs and welcome the New Year Thai-style.

A full day encompassing water fights, live music and beer, Songkran couldn’t be further from the conventional New Year celebrations in the freezing cold, wherever you may call home. With a foam party at the end of the night to cap off the night in spectacular fashion, New Year festivities won’t quite be the same again following your exposure to Songkran! Revel in the Regal Relics of Bangkok This Summer Is Camp Thailand Safe?
Looking forward to a year of travelling and new ex

Looking forward to a year of travelling and new ex

Can't wait for COVID to end, so I can jet off and

We've all been stuck inside far too long, but you' 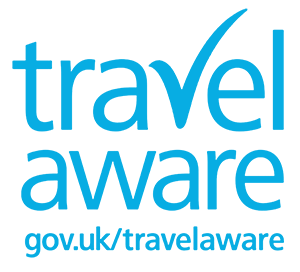 The UK Foreign, Commonwealth & Development Office (FCDO) and the NHS has up-to-date advice on staying safe and healthy abroad. For more on security, local laws, plus passport and visa information, see https://travelaware.campaign.gov.uk

The advice can change so check regularly for updates. 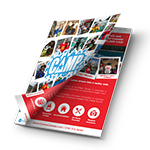 10% off all Additional Tours

10% off all Additional Tours with code 'EASTERTOUR'

10% off all Additional Tours!

Head to your customer portal to book.